My wife Melinda had been acting strange for a number of weeks. She had an increased libido, inability to sleep, constant need to clean, and was seeing and hearing things that were not there. On a Monday we visited her psychologist. She had determined that she wanted her family support group to hear what her working diagnosis of borderline personality disorder meant and how much better she was doing than when she started therapy a few years before. My wife had been verbally, physically, and sexually abused in her childhood as well as losing her younger sister to a drug overdose a few years ago. These issues and others caused her to have an extremely low self-esteem and a need to please everyone around her thus the need for therapy. The participants in the meeting were my wife and I, my parents, her parents, and our 16-year-old daughter. At the beginning of the meeting my wife was asked to explain why all of the people were present for her individual therapy session. At this point my wife was disjointed in her thinking, was unable to complete sentences, and was not acting like her normal self. The psychologist suggested that she admit herself to the hospital to get her medications corrected and her diagnosis confirmed or adjusted. A little later my daughter, who was sitting to my right, reached over me to hold my wife’s hand who was sitting to my left. She started translating for my wife to complete her thoughts for her. At this point the therapist stated that she was seeing a very unhealthy bond between my wife and daughter. As the meeting concluded we decided my wife would be admitted later that day for inpatient treatment and observation. My wife’s parents mentioned something to the therapist after the meeting was over and the therapist confirmed that she believed my wife has factitious disorder or Munchausen’s with a strong indication of Munchausen’s By Proxy (MBP). I was told in later meetings with the psychologist that the symptoms I had observed were an ever deepening manic episode that had lasted at least 2 months.
After spending hours trying to get my wife and daughter packed (many of which were my wife attempting to list all of the medications each of them were taking), that night we entered the emergency room (the only way to get my wife entered into inpatient treatment) and she had a psychotic break. A kind of seizure occurred for a number of seconds then she slept for 15 minutes. When she woke she was acting like her old self as if she had never had the weird symptoms that had occurred and worsened over the prior weeks. She went voluntarily into the inpatient treatment facility but became noncompliant later and was heavily drugged for a few days even to the point of placement in a padded room.
On Tuesday, the day after my wife was taken into the hospital, my daughter had a previously scheduled appointment with her cardiologist. She has dysautonomia for which she is being treated. At this meeting my mother-in-law and I were with my daughter. I showed the cardiologist the long list of medications and supplements my wife was giving my daughter. It turns out my daughter was receiving 4 times the prescribed dose of nadolol, half the dose of another medication, and none of a third medication prescribed by the cardiologist. Others of the medications were a concern but the cardiologist was not willing to change them. During the discussion it arose that my daughter should be taking a salt stick supplement with every meal to raise her sodium levels. Just a couple weeks previous my wife had me start taking two of these supplements each day. I have hypertension and am being medicated to control it. Sodium is absolutely the opposite of what I have been told to ingest so this was a shock to me. Being a non-medical person, I assumed that the supplement was a non-sodium salt like the potassium chloride salt substitute I sparingly use to flavor my food.

By Wednesday my wife was not cooperating with the therapy being given and the hospital called me to ask that I file an involuntary commitment petition with the courts. It seems that by law the hospital could only hold her for 72 hours without the petition being filed. I also received a visit from child protective services to see what was going on with my daughter’s care. I assume the cardiologist was required to report the medical abuse that was occurring. My daughter was already staying with my parents so it remains a non-criminal safety review at this time.
On Thursday morning I filed the petition as requested and mentioned that my wife had been incorrectly medicating herself, my daughter, and myself. That afternoon my mother, my mother-in-law, and I went to visit my daughter’s pediatrician to determine what medications she should actually take. Over half of the medications and all but one of the supplements were removed. Due to seeing multiple doctors for her various ailments my daughter had been prescribed valium, Ativan, and drobnabinol for various pain and muscle spasm symptoms. My wife was also giving her Benadryl due to swelling from a poisonous insect bite which became a normal medication for some reason. Since these all work similarly and since she was taking them both day and night my daughter had become bed-ridden. Removing these meds has drastically changed my daughter’s life for the better. She can now walk without difficulty, sleep well at night, wake during the day, attend public school, and interact socially. All of this began within 2 days of the medication changes.

The petition means that the court is in control of my wife’s ability to be released from the hospital. Two weeks from her admission a court hearing occurred. The judge and attorneys arrived at the hospital. As the petitioner I was required to testify. By this time I had read “Playing Sick” by Dr. Feldman and understood that the only way to receive proper therapy was to fully admit the actions that had been done. While my wife said the right things to me and others it seemed that she was not willing to admit it to the doctors. She also caged her admissions with “I thought I was helping but I guess I was wrong”. During the court hearing I admitted that I was scared to have her in my home and there was nowhere else for her to go. I felt that removing her control over medications which were her way of “playing sick” would possibly cause her to manifest her disorder by physical injury to herself or me. The judge continued the case for another week which kept her in the hospital and actually limited her movements more than they had been during the initial two weeks.
During the following week I learned of a partial hospitalization program (PHP) where my wife would continue to get daily group therapy and access to a psychiatrist who could monitor and adjust her medication but return home each night and over the weekend. I also learned more from the doctors who were treating her that they understood that she had Munchausen’s disorder and MBP as well. They did not, however, want my wife to divulge this in the court hearing since it might lead to criminal charges and a lack of being able to treat her. I had originally wanted her to admit her faults to the court so that I could be sure everyone knew and could treat her accordingly. Instead I now accepted that she needed to be released in order to continue her treatments. In the second court hearing I allowed her to come home to me with the understanding that I would be in charge of enforcing her prescribed medications and seeing that she arrived at the PHP promptly each day until released.

It is amazing what anecdotes are told once something drastic occurs. It seems that my wife had been exaggerating, lying, or coopting symptoms from other people’s tragedies via social media for years. I do not use Facebook and had never thought to monitor my wife’s posts. I now began to hear numerous stories of her hard to believe tales about our medical issues. I further learned that she had stated to a former employer that she had hurt her children. This would have been at least 5 years prior to the events related here. When pressed she would not give details. Another anecdote had happened just a few months prior as my wife and daughter went to my parent’s house for a party. My daughter was very active and played with her cousins including doing cartwheels and other physically demanding tasks. My wife walked into the room, mentioned how active my daughter had been, and stated that my daughter “ought to be tired by now”. Immediately my daughter became so tired she could not stand up and reverted to her bed-ridden state. This indicated an almost hypnotic control that my wife had over my daughter’s physical status. The pediatrician and my wife’s primary care physician had each discussed Munchausen’s and MBP with their staff over the years as my wife and daughter continued to have medical problems. Until the time of my wife’s break the issues had not risen to the point of either doctor flagging our situation. My parents, my wife’s parents, the doctors, members of our church family, and long-time friends all felt that something was off but none could point to an exact diagnosis or enough evidence to confront it. One church member who teaches graduate level biochemistry courses had mentioned Munchausen’s to my father 7 months before these events but no one ever told me. I was like the proverbial frog placed in lukewarm water which was slowly heated until boiling. I never noticed the heat until it blew up in my face. I struggle to understand how I missed the signs but have been told that this is the way it happens with those close to Munchausen patients.

I am thankful that none of us were permanently injured by my wife. My daughter is able to catch up on the schooling she missed while bed-ridden and will be treated for the psychological damage done over the years. My wife is trying to make things right and receive the therapy she needs to overcome the issues she has. I hope that in time my family will grow close again and maybe our relationships will be stronger after all of this is concluded. 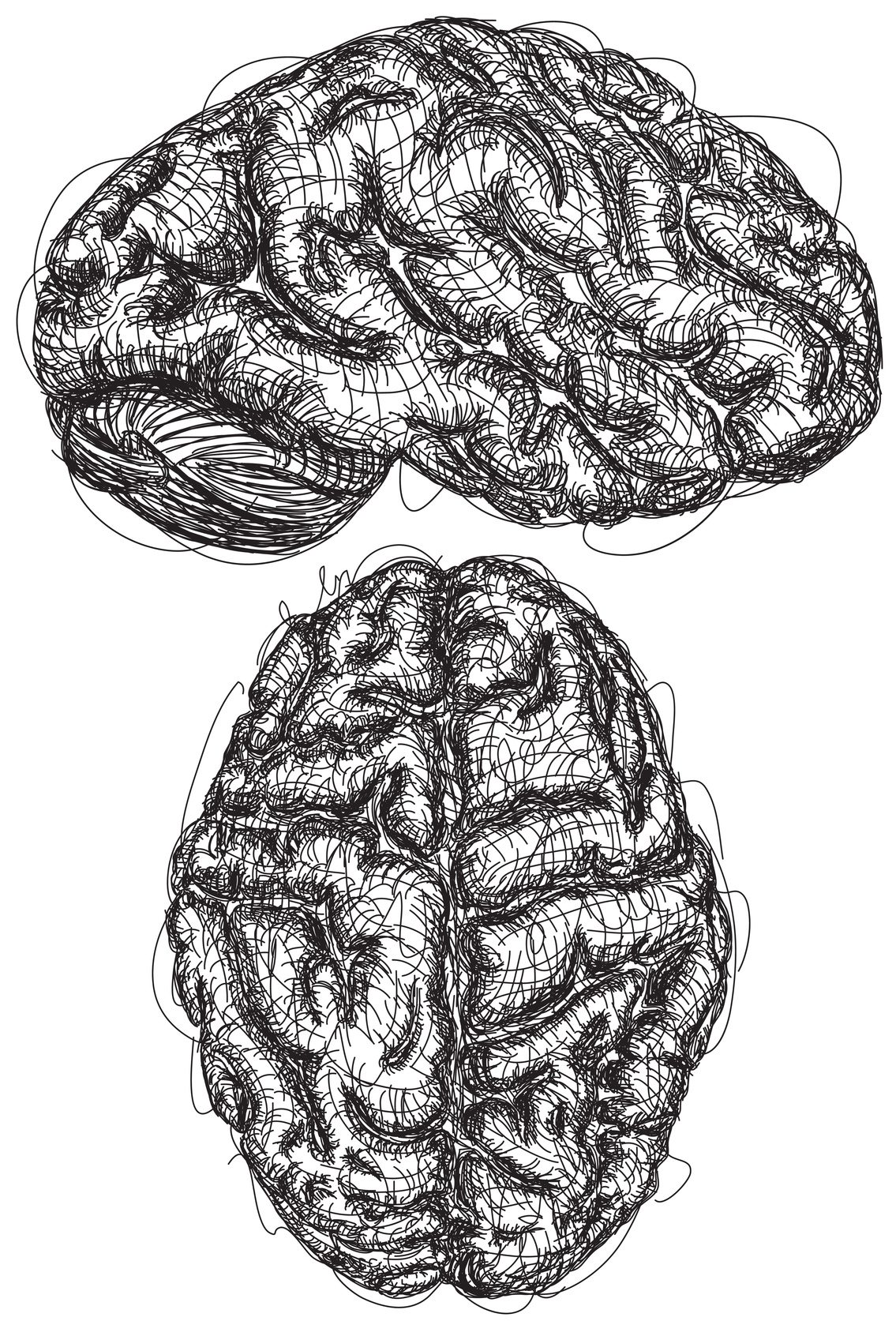